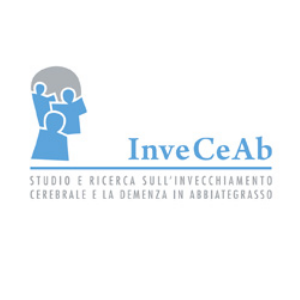 The Study "InveCe.Ab" (Cerebral Aging in Abbiategrasso), is a longitudinal population-based study on the diseases of brain aging that plans to evaluate and follow over time the physical and cognitive conditions of all residents of Abbiategrasso born between 1935 and 1939, about 1,700 people.

Assessment of socioenvironmental, clinical, and neuropsychological variables in the study population. Screening began in mid-November 2009 and was completed in January 2011.

It provided for each participant two appointments at the Foundation or in case of need at home. Participated 1,321 people equal to 80.2% of recruitable people.

A study was planned on the care and family burden on a selected group of family members of the participants in the research, through interviews conducted by members of the center's team. This collection of information was completed between the end of April and the beginning of May 2013.

Biological and genetic analysis: the blood samples collected will be typed for any additional genetic factors and a series of biological parameters can be compared with the data of the first screening and follow-up.

Data processing: The new large mass of data collected with the second screening will be processed again, but above all, the analysis of what can be derived from the comparison between the initial assessment and the two-year follow-up will be initiated: from the incidence of diseases to the isolation of possible risk factors or short-term protection.

Second phase of follow-up with a new screening evaluation (the third, therefore) on the progress of cognitive functions at a distance of 4 years always using the same instruments. 1010 participants were recruited, a % adherence of the people who participated in the first screening.

Throughout 2015, final data processing and writing of the research report and scholarly articles that can make use of the overall research data took place.

THE STUDY STARTED IN NOVEMBER 2009